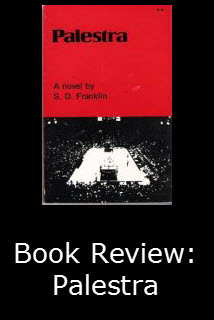 Marty, the Philadelphia Eagles play-by-play radio announcer, is drunk, and while spinning the dial of his radio to find the broadcast of the 76ers game, he is distracted from his driving and collides with a truck.

The police arrive and take control, leaving Marty with nothing to do but stay quiet and think. As they drive him home, Marty reviews his life.

Marty's reaction to the Randy Newman song is a telling one. Since childhood, Marty loved sports, especially basketball, football and baseball, the domains of big men. Marty is 5-5.

Condemned to a spectators role, he elevates it to the level of an aesthetic. Marty is the fan as connoisseur, the Bernard Berenson of sports aficionados... or the ultimate voyeur, depending on how you look at it.

Marty knows every players' record. He knows just the right man for any given game situation. He understands the myriad possibilities available to a coach at each moment of a game. He appreciates the less-than-perfect player or coach who executes his role to the best of his ability. And according to Marty, only he can truly prize artistry when it occurs.

Both as fan and as journalist, Marty thinks of himself as a professional, and the word applies in its very fullest meaning; Marty is a man to whom the study of sports is a calling, a man who has only one standard -- perfection -- and a man to whom compromise is anathema. And the Palestra, where he saw his first basketball game, symbolizes the ideals of his profession.

"There were some people who would never understand Marty," says Franklin early in the book. We live in codeless times and the past decade has witnessed many attempts to fill that vacuum -- be they via motorcycle maintenance or whatever. And even though Marty/s particular attempt to enrich his inner life through sports may not be for everyone, it is at least understandable.

Of course, it's not that simple. In sports - as in many of life's areas -- you are ruled by two absolutes -- winning and losing. Under those rules, Marty is a loser: his teams (Villanova, the Eagles) never approach the ideal that he has set for them; he's a failure as a gambler.

Constantly frustrated by what he considers the slipshod attitude of other journalists, Marty finds no solace in his work.

His personal life is also a disaster. Consideration and tenderness have no place in his life; he is moody and selfish. His unpredictable rages terrorize Rita who resents her status as number two wife (basketball is number one). Marty's daughter is emotionally disturbed; his son, a bum.

Marty, moving through the Pennsylvania night, presents the reader with the facts in the case of Marty Adams versus the world. As the short incisive chapters race back and forth through dream time, Marty exposes his inability to reconcile his ideals with reality through a series of ranting interior monologues: on towns he has visited, on the nature of winning and losing, on how to boo properly on how to behave as a fan. He sketches, in intimate detail, well-known writers and sports casters, owners, general managers and coaches -- the entire exostructure of college and pro sports,

And throughout, forming the matrix of the book, are names, facts and figures -- players and teams and dates and scores -- applied thickly like the brushstrokes in an Impressionist painting.

It's funny, sad and infuriating. It's Marty.

In Marty Adams, Franklin has created a tragic figure, Marty accepts the sport axiom -- winning versus losing -- and therefore must accept that he is a loser. He must either change his society -- or deny his ideals. In this conflict, Marty is doomed.

Franklin's short powerful book takes the unappealing character of Marty Adams and shows that his problems are everyones. By the end of the book it is possible to feel compassion for Marty, and to find much that is admirable about him.

And for an author that's the whole ball game.