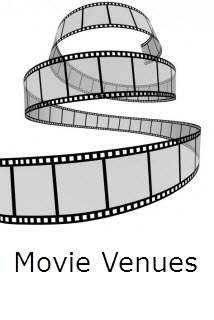 Are movie theaters going the way of dinosaurs?

When I grew up in Germantown, Pennsylvania, my favorite haunts were movie theaters -- the Orpheum, Colonial, Vernon, Upsal, and Rialto. They were a treasure trove of theaters leading to untold riches and some beloved fool's gold. Now all the movie palaces of my youth are razed and buried in unmarked graves.

These theaters -- Pluto's caves -- were intimate and singular, even though at the time they were vast to young eyes. Armed with Tootsie Rolls and M&Ms from vending machines, I went every Friday and Sunday and sometimes on Saturday and saw the Bowery Boys wth the irrepressible Sach, Abbott and Costello, Wild Bill Elliott, the Durango Kid, Sabu, and my favorite actor Alan Ladd. I didn't know how short he was; to me, he was a giant.

But times have changed -- have they ever!

My friend movie critic David Elliott of the San Diego Union Tribune commiserated with me and said, "At heart, the death of the individualized, neighborly, history-soaked, single-screen theater (and revival house) has corroded the soul of modern movies as a shared experience. Most theaters are now impersonal barns showing impersonal livestock (product)."

One of the assets of moviegoing is supposedly it's a communal experience. Friday still can be a communal experience --if you like slasher films and flatulent comedians in drag, but it's usually a one-night stand of violence or venality for an antsy audience seeking instant gratification.

When I go to the movies I sit away from the community, alone in the back row as far from people as I can get. Most people like the communal experience; I don't -- except for basketball at the Philly Palestra.

Long ago theater managers used to tell me, "You have to see the movie with an audience," as though I didn't know what was funny unless others guffawed. Many times I didn't laugh. Audiences often crow with laughter when Jim Carrey or Steve Martin start to talk, because they're supposed to be funny. But I'm not a reflex laugher; I want to hear the line before I smile. (Or vote.)

Today the community in theaters is full of addled Munchkins, equiped with cell phones, crinkling celophane, crunching popcorn, slurping drinks, chattering dialogue that is even more banal than that being uttered on the screen.

I have exited early from a theater because of unruly children running back and forth through the theater as their mother obliviously fed her fat face and watched a R-rated movie.

The community has gone to hell. What's a poor moviegoer to do? Rudeness -- rampant incivility -- in our theaters and in our schools is driving folks to an isolated experience.

Fleeing the communal experience can be as dehumanizing as being swept up in it. As an educator I'm very leary of insulation. Home schooling often espouses only one point of view, which often is more propaganda than education.

But one irony of diversity is that it often seems to isolate people in their specific corner of diversity instead of opening them up to other diverse opinions.

Recently I had a fulfilling movie experience. A few weeks ago I went to a house high in the hills of Las Vegas to participate in a small film club. It was more like the theaters of my youth than anything since.

It was a home theater with a screen on the wall, comfortable seats, and a glass of wine. I chose to show Chinatown, which only one of the members had seen. They didn't talk during the movie, although I must admit I did blurt out two things -- the appearance of director Roman Polanski on screen and the start of the classic "mother-sister" scene.

After the screening the discussion was enlightening. One person said the establishing shots couldn't be done today. I had told them to watch for dualities, and they surely did, and we talked about Robert Towne's masterly script.

I assume, like most such clubs, commitment will wane, but for one night it was a humanizing experience. Movies can do that. And their venues can as well.

What is lost by leaving theaters? Perhaps these days, only size. A movie such as Spielberg's War of the Worlds is winnowed down on home screens; it belongs in a theater with a large screen, where its aliens and grand images can bombard our senses.

The great movie palaces are almost gone. Even the Arlington Theater in Santa Barbara seems to be fighting against delapidation. Many lights in the star-strewn ceiling have winked out, like a harbinger of a darkness that is to come.

Maybe the flickering torch is being passed to home theaters.

But in 1966 Francois Truffaut's movie of Ray Bradbury's Fahrenheit 451 warned us that home screens may gull us. In it there is a scene of Montag's wife -- drugged and brainwashed Linda -- awaiting her participation in a television program on her wall. This is really not a long step from Reality TV. One person's absurdity is another person's reality.

Who knows what awaits us as we take movies home with us and theaters deteriorate. Is it liberation or isolation?