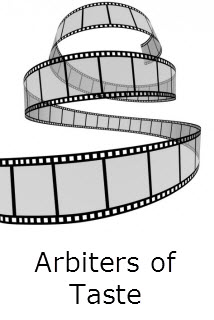 Movies and film criticism at their best nourish each other. Throughout the history of films it has been a positive union -- raising knowledge, understanding, and more complete entertainment.

People would ask me as a film critic if I ever went to a movie just to enjoy it, and my pat answer was I enjoy it more because I see so many more things going on.

It's like the difference between a sports fan who goes to the game just to yell and wave his #1 finger and somebody who understands flea flickers, hit-and-runs, or match-up zones. The former cheers; the latter understands the game. Film critics -- the best of them -- understand the game.

One of the problems is that few people understand what a film critic is. They assume that everyone who writes about movies is the same.

But they're not. Film critics are not exploiters without any standards whose quotes appear in the ads raving that the movie will make you "stand up and cheer."

These are hacks. They're like weeds -- when Ron Brewington or Susan Granger fade, they are replaced by Earl Dittmann or Shawn Edwards. The garden always is weedy. If you see Dittmann's or Edwards' quote in the ad, you know the movie probably couldn't garner any praise from anyone with any standards. They give reviewing a terrible name.

One notorious quote tells it all. Of Crossroads Edwards wrote about Britney Spears, "A talent of her magnitude only comes around once in a lifetime and you can't take your eyes off her when she is on screen in this totally cool and delightfully hip movie." Edwards is either a stooge or a fool. Neither makes a critic. But obviously the movie studios' promotion departments love him. They fly him to screenings and stuff him with bad movies, and being the ad glutton he is, Edwards loves them.

Ad gluttons do not make reviewers or critics.

One of the better definitions of the difference between a reviewer and a critic was by the late Dwight Macdonald who wrote that "a reviewer tells what the audience thinks, a critic writes what he thinks."

If an audience loves a movie that simply may mean they reacted to the violins and a puppy in a tree. A critic may find the violins toneless and the puppy lacking true puppiness. If he or she says so, the mob may gather, until it moves on to next week's movie interruptus -- quick, premature pleasure.

Some try to straddle reviewer, critic, and industry maven. Roger Ebert and Richard Roeper try to do this with uneven results. Anyone ruled by thumbs perhaps has lost awareness of more useful body parts.

Because Ebert is married to an African-American, some of his criticism about African-Americans in movies seems overly kind. That's understandable, but was Eve's Bayou (1997) really the best film of the year? This year's choice of Crash seems more credible. Ebert is at his best when he is campaigning for something worthy such as Charlize Theron in Monster.

Roeper plays a likable Robin to Ebert's Penguin. Ebert and Roeper are good for film, but as their power has grown, their standards have wobbled. Some of their criticism is all thumbs.

If one wants to read the best of film critics, he should savor James Agee, who was a literate humanist. Many of the best movie critics were literary people -- Agee, Macdonald, Stanley Kauffmann, and John Simon. Readers used to read Pauline Kael's reviews in The New Yorker, even if they never saw movies, for her piquant prose and slashing point of view. (In a future piece I hope to write about the Golden Age of film criticism.)

Perhaps today's best connection to those critics of yore is David Elliott of the San Diego Union Tribune. He is one of the sons of Kael, a literate critic, with great context, and an original point of view.

But Elliott says, "Films have been plexed, malled, suburbanized, Lucasized, Oscarized, conceptionalized, sequelized, blogged, puffed to within an inch of imbecility, caught beween the slobs (just eat your popcorn and get your thumbs ready) and snobs (wither goest thou, Koreanvampire cinema?)"

He adds, "Most of the young critics realize there is no outlet safe from the predatory auto-canniblism of media controlled by culturally obtuse corporations."

Today there are websites and bloggers galore, but more may offer less. One of the best websites is Gary Morris' BrightLights, which moved from paper to the web and is a vital forum.

Another bright forum is Mark Ramsey's MovieJuice.com. Ramsey, with a straight face, takes the coy approach and says, "I'm not a critic." He writes on his website, "MovieJuice is about movies, not films. It's a reminder that movies are, more than anything else, about entertainment, not art."

Ramsey could run for President.

But his critical slip is showing when he lists Citizen Kane as one of his favorite films. There goes his street cred.

Ramsey says, "Critics are really frustrated filmmakers or movie buffs with access." I'm not, and he's not. But anyone who reads his amusing takes on movies knows he is a critic, no matter how many Halloween masks he may wear. I guess everyone has to have his shtick.

Criticism, at its best, is smart, enlightening, substantial, and varied. You don't read criticism just to find somebody who agrees with you -- you go to church for that.

It's as simple as that.