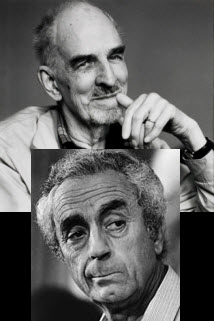 As with Adams and Jefferson, the day that Bergman and Antonioni died marked the end of an era with great irony.

It is hard, if not impossible, to imagine those fertile days. It was an exhilarating time when Americans lined up at Art Houses to see the latest creative, provocative films of France's Truffaut and Godard, Japan's Kurosawa, Italy's Fellini and Antonioni, Sweden's Bergman among others.

In some ways film was elitist -- education always is. It didn't mean foreign films were for everyone. You still had people saying, "Wasn't Ingmar Bergman the woman in Casablanca?" But at least there was a world beyond Blockbusters.

Today is a different time. In the 1960s selling out was bad; now it is good business. Today Jesus would check the Magi for their credit rating. The stable is now a Wal-Mart.

Films today have very restrictive borders. American cinema doesn't go much beyond the border of Springfield, Vermont. Chris Tucker and other wags disdain everything French. Paris is no longer the City of Lights; it's now the celebrity of dimness.

Today's formula for movie success is to get a huge audience in the seats for the first week. Fill the papers with hysterical quotes of praise by hacks such as Pete Hammond, show most of your best scenes in the previews, and hope to rake in the bucks.

There is no room in the inn or cineplex for foreign films. Occasionally a foreign film such as La Vie en Rose and a few other illegals will slip through the cracks, but who wants a stable when you can have a strip mall?

Ingmar Bergman and Michelangelo Antonioni and their peers made movies that were unique and thought-provoking. Their very personal movies made way for personal American movie in the 1970s -- the golden age of American cinematic creativity. Then Jaws devoured the small personal cinema as though it was Robert Shaw's leg.

The films of Ingmar Bergman are some of the greatest ever made. The Seventh Seal (1956), in which Death played chess with a Knight on the beach, was compelling cinema. The Virgin Spring (1960) was shocking. Wild Strawberries (1957), The Silence (1963), and Persona (1966) are evocative classics. But these classics are as irrelevant as Vietnam is in the 21st century.

Liv Ullmann, one of the greatest movie actresses of all-time and a haunting staple of Bergman's cinema, is nearly forgotten.

Worse than that, Ingmar Bergman has no more currency than a Swedish hula hoop in today's society. His questions are not the questions asked anymore. We have all the answers.

Another once-potent questioner was Michelangelo Antonioni. He changed cinema with his classic L'Avventura in 1960. Blow-Up (1966) and The Passenger (1975) offered popular enigmas. The Passenger has a seldom seen performance by Jack Nicholson, that is one of his best.

Nicholson was the presenter when Antonioni was awarded an honorary Oscar in 1995 and gave an unforgettable, eloquent introduction.

A better time has passed.