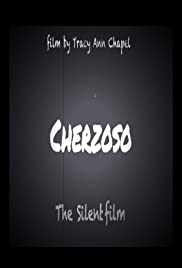 The short film Cherzoso is only 6-minutes long. And it's a black-and-white silent film, except for a piano and the ring of a phone. So it shouldn't be memorable.

But writer/director/actress Tracy Ann Chapel has captured a short period of time that is quaint and haunting.

Cherzoso depends mainly on Chapel as an actress. She plays three parts - clown/hired escort/and sister. She is not a mime; there are her words on the screen. But with her angular face, she emotes character.

Cherzoso is a brief but bold effort. It's like a whisper that lingers in the memory.