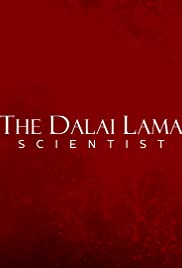 Content by Tony Macklin. Originally published on May 5, 2020 @ tonymacklin.net.

I'm not a scientist, but I slept - through this film.

With a topic so potentially engaging, The Dalai Lama: Scientist is a snooze. The documentary written and directed by Dawn Gifford Engle fails to capture the compelling nature of its subject.

The writing is mundane, and the narration by Laurel Harris is singsong. The music is elevator music.

The Dalai Lama: Scientist shows over and over again how the 13th Dalai Lama brings Buddhist Science into contact with Western Science. Almost everyone who meets him says it changed his or her life. It seems to have had an extraordinary impact, but director Engle is unable to convey that sense.

The Dalai Lama seems amiable and curious, but his spiritual essence is beyond Engle. Instead she employs animation, charts, and images to try to communicate vision. One image is just two dice. It's a fundamental example of the teller not being equal to the tale.

The fact that some of the scientists seem to lack personality is not their fault, but Engle should be able to compensate for that. She doesn't.

Dawn even has Adam Engle in her film identified as "entrepreneur." He was a conference developer.

The personable Dalai Lama says the meeting between science and philosophy is "very useful."

But in The Dalai Lama: Scientist, useful doesn't cut it. It just dices it.