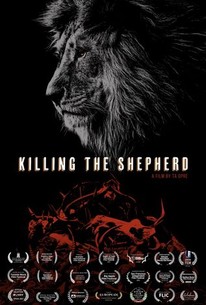 Killing the Shepherd is a look at the disastrous effect that the poaching of wildlife in Zambia had on the populace of a small village. The lack of wildlife drove them into dire poverty and hopelessness. They had few jobs, little food, no schools and no clinics. Child brides married old men to provide food for their families.

The female chief visited the head of a Safari company to ask for help for the villagers. She wanted them to bring back and protect wildlife. The Norton family who run the Safari Hunting Company agreed to create an anti-poaching program.

The indie documentary is at its best when it shows the villagers and the power of nature.

Killing the Shepherd is written, directed, edited, and photographed by Ta [Thomas] Opre.

Two problems are the narration and the music. The omnipresent Opre also does the lackluster narration. It is bland and has little or no feeling. The music is relentless and intrusive. Both blunt the effect.

It is ironic that at times the film seems like a commercial for the Safari industry. All of the saviors are of course white men. One of the main points the film makes is that the wildlife is protected against the poachers. But how many on safaris will kill the wildlife?

Among the positive aspects the film portrays is the change that comes about. As one villager says, "We got literally thousands of snares."

One man whose 11-year old daughter was killed by a crocodile because of snares says, "The poachers are there. They are the ones who killed my daughter."

Roland Norton says that after man destroys nature, he can help it return. He says, "Then man finds a way to get out of the way and let nature do what it does best, and let nature put it all back together again."

The film ends with schools thriving and clinics saving lives.

Ultimately, with man's help, nature prevails. At least for a while in a country far away.