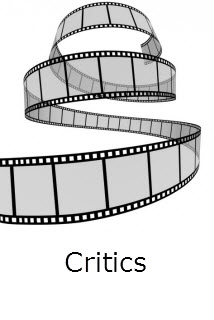 Recently Regis Philbin, on his television talk show “Regis and Kelly,” said he had seen “Miss Potter,” and it was a very good movie. Later in his interview with Renee Zellwegger, he asked, “Beatrix Potter married her publisher, right?”

He hadn’t seen the movie.

Why would Regis lie?

It comes with the territory. In the world of movies, promotion — honest or otherwise — is all.

Anyone who opens the entertainment section of the newspaper is bombarded with a dizzying cacophony of quotes of delirious praise. When one reads the movie ads, it seems as though reviewers do nothing but stand up and cheer.

Conversation Between Two Moviegoers:
“What should we see?”
“The Good Shepherd is supposed to be the best spy movie ever made.”
“Really? Who said that?”
“I read it in the paper.”
“Who said it?”
“A reviewer named Wolfewitz. Or was it Snow? Or Rumsfeld. Some expert.”
“I saw that — it was Larry King.”
“That’s good enough for me. Larry knows movies.”

Sure he does. Larry Shemp King is one of the Three Stooges of movie flackery. The Stooge who occupies first position is Pete Hammond. The third Stooge changes from Shawn Edwards to a plethora of other wannabe Stooges yearning to be quoted in the ads. They stick a finger in the eye of cinema and cackle enthusiastically for mediocrity.

So if you ever see Larry, Pete or Shawn rave about a movie — beware. It means the studios couldn’t get anybody legitimate to praise their movie, so they had to turn to the Stooges to bleat well-fed praise. Studios love them because they are doing their job for them. These fickle frauds have more influence than any critic does.

What’s a poor critic to do? What is a critic anyway?

Dwight Macdonald once said that a reviewer tells what the audience thinks, but a critic tells what he thinks. That immediately makes him or her outside the norm.

People, even if they weren’t movie consumers, used to read critics such as James Agee and Pauline Kael, because Agee and Kael wrote with style and individuality.

Their criticism was a classroom with an intriguing, entertaining teacher. You weren’t sure what you were going to get — other than it was going to be thought-provoking. They broke the mold.

Today reviewers often are fickle. They go from one instant gratification to the next. Critics, on the other hand, welcome movies into the everlasting family of films. They write out of a vast context.

I mentor a film club, and the other night I suggested director Jonathan Demme’s “Melvin and Howard” (1980), for which Arkansas’ own Mary Steenburgen won a best supporting Oscar. Fortunately, the film still held up. It shouldn’t be forgotten. Critics help keep the past alive.

Critics are accused of being snobs, but most of us aren’t. I love the Bowery Boys, Sherlock Holmes, the Durango Kid, and Abbott and Costello’s The Time of Their Lives. That’s hardly snobbery.

I also love “Citizen Kane,” which for decades has been chosen the best film of all-time by critics voting in Sight and Sound. But I wouldn’t recommend “Citizen Kane” to everyone.

I sometimes wish I could custom-make all my criticism for each, disparate reader. I might tell a mother that her family should enjoy “Happy Feet,” although I felt its values were suspect.

I’d tell an action fan, he or she should see “Crank.” If one really is willing to take a chance, he might see the French movie, “District B13.” I’d tell a slasher fan — well, I’m not qualified to speak for him.

People used to ask me, “Don’t you ever go to a movie for entertainment?” I’d answer that I might be more entertained than they are, because I may see more things going on.

Ultimately, I try to say whether or not a movie delivers on what it sets out to do. And how effectively. I try to put it in perspective. I don’t cheer. I’m often skeptical. That’s criticism. By the way, “Miss Potter” is a terrific movie. Regis didn’t have to lie.