The Trilogy of Edward Albee 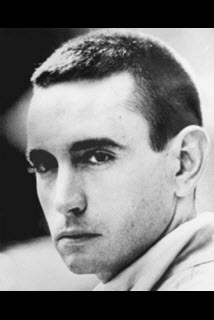 The plays of Edward Albee have seldom been received clearly by his audiences. Yet it is obvious that the modern artist is going to have something to say about the shape and substance of the Christian culture in which he finds himself. One unifying element that may help to clarify Albee's plays is to treat three of them as a trilogy.

If one examines Albee's The Zoo Story, Who's Afraid of Virginia Woolf?, and Tiny Alice as three views of the struggle for faith and the Christ myth and its nuances, the plays, on a particular level, gain a substantial meaning. The term Christ myth is one that helps to free the reader from his own personal view of Christ -- whatever that may be.

The first work in the Albee trilogy is The Zoo Story. Once one gets the key, this play is one of the most obvious uses of the Christ figure in modern literature and a pertinent statement about his place in the contemporary world. First of all, there are two characters -- Jerry (Jesus) and Peter (Peter). To try and make something of the initial J and the Peter parallel would be the most feeble attempt at reading in, if they weren't supported by other sounder parallels. Jerry's possessions are one of these. He has "two picture frames, both empty" and a typewriter that "prints nothings but capital letters." Both these facts suggest a traditional stature, that of the son. The most important detail is Jerry's collection of letters, "please letters... please why don't you do this, and please when will you do that letters. And when letters... When will you come?" He is awaited. But he comes unrecognizably. He says to Peter "You mean, I'm not the gentleman you were expecting." But Peter "wasn't expecting anybody."

Jerry is looking for love, for a lasting communication with another person. He has always failed; now his final effort has brought him to the zoo. He succeeds in goading Peter into being the instrument of his death. After stabbing Jerry, Peter cried "Oh my God" several times. Jerry dies against the bench, "'this iron and this wood'... his eyes wide in agony, his mouth open."

The identity of the figure is secondary; what is primary is his role. It has often been said that if Christ came back today he would be crucified again. Albee gives this an ironic twist. He says that if Christ returned today no one would care enough to crucify him. Therefore Jerry is desperate. His is in his late thirties, instead of the traditional age of 33, and his story takes place on Sunday instead of Friday. Everything is late. But Jerry breaks through and has an indelible effect upon Peter.

In The Zoo Story Jerry's destiny remains ambiguous. As the play ends and Jerry has driven Peter to stabbing him to death, Jerry cries out "Oh my God" in supplication and mockery. He plays the role of Christ, but his final tone suggests uncertainty. In Who's Afraid of Virginia Woolf? there is no question about the Christ figure. He is an illusion. But in this second portion of the trilogy the allusion is not as obvious.

The story revolves around a brawl between four characters -- a history professor and his wife and a younger biology professor and his wife -- after a faculty party. The single illusion that the older couple have been able to sustain amidst the carnage of all their other dreams is the existence of an imaginary son. Martha, the older wife, has been said to stand for Martha Washington and the disintegration of the American Dream, but on another level the name Martha may have been selected because of its proximity to Mary.

As the play stumbles and crashes to its conclusion, George and Martha begin to talk about their son, and he takes on a special dimension. Martha says "he was a restless child" and George says "Oh Lord." This technique is repeated. Martha relates how she carried the "poor lamb" when he broke his arm. And she says he was "so wise!" She shows how "he walked evenly between us"; she spreads her hands. Martha in a long speech cries "God... our son." George parallels this speech with one mimicking the Mass. He also says that his child is "a son who is, deep in his gut, sorry to have been born." George calls him "Sunny-Jim" (the J parallel). As George and Martha's war increases in velocity and hatred, George decides to deliver the final stroke. He tells Martha that they have just received a telegram that their son is dead. He was killed in an automobile accident. He was killed late in the afternoon against a large tree. Mick (the biologist) says "Oh God" at the announcement. And later, he says "Jesus Christ, I think I understand this."

In Who's Afraid of Virginia Woolf? the son is an illusion, an imaginary being conjured up to give two frustrated individuals a creation. But, Martha breaks the rules of the game by mentioning the "child," and George responds by destroying him. Yet out of the death comes some good. Now Honey (Nick's wife) wants a child where before she had been terrified. And, perhaps, for George and Martha there is a new life. George says that it will be better. Martha asks "Just... us?" George responds Yes and nods slowly. Is Christ an illusion? If so, Albee seems to say, the death of a myth brings fear and hope to man.

Tiny Alice is the last part of the trilogy. The Christ parallel is visual and easy to note, but the significance has seemed nearly impossible to comprehend. The critics would have one believe Tiny Alice is a hoax, but these critics had their counterparts who damned Melville's Moby Dick to temporary oblivion because it was grand and opaque. In Tiny Alice Albee is again concerned with the questions of truth, illusion, and hallucination; like Melville, his view is grand.

Julian, a lay brother, comes to serve the woman Alice, who is going to give two billion (perhaps two billion souls) to the Church. The human Alice says that she is merely a representation of the greater power, Alice, which is also represented by the model of the castle they live in. This model is in the middle of the stage. Alice according to the dictionary means truth, and the vague, mysterious power Alice seems to stand for this abstract quality.

The play is about Julian's refusal to submit to Alice. All the other characters tell him that he eventually must do so, but he rejects their warnings. They chorus that he has no choice; the Lawyer tells him that man has invented but does not know anything. The Lawyer warns him to resign himself to the mysteries. But Julian still refuses to accept Alice.

Ironically Julian is trapped in a basic hypocrisy. He has been furious that "Men create a false God in their own image," and he has been deeply dedicated "to the reality of things, rather than their appearances...." Yet he himself, though totally opposed to the idea of the symbol, has fallen prey to it. He had been caught by his own symbolizing and is unable to replace it with the opaque concept of Alice.

Alice has demanded a sacrifice, and Julian submits sexually and then in marriage, but he still refuses to submit integrally. He still accepts only the human Alice, the mere pawn. Finally to oil "the great machinery... the great axis" the blood of Julian is necessary since he has still withheld his spirit. And so, the Lawyer shoots him with a pistol. It is at this point that Julian physically represents Christ; Alice goes to see him, and "they create something of a Pieta."

As Julian is dying he realizes that he has never actually considered the reality of death. He begins to see things with a new vision. Along with Julian, the audience begins to hear the thumping of a great heart. Julian comes to his moment of truth; he realizes that the abstraction is the only reality. Ironically, this was his greatest desire in the past. With this, Julian accepts. He cries "God, Alice... I accept thy will." As he dies, he forms the image of a crucifixion against the model.

What does it all mean? Tiny Alice is not difficult one the key is grasped; in fact the play is powerfully repetitious. With Tiny Alice, Albee rolls the final gigantic block under the trilogy of the myth of Christ. In The Zoo Story, Christ is late; in Who's Afraid of Virginia Woolf?, Christ is an illusion who dies; in Tony Alice, Christ is a sacrifice to man's need for symbol. The total impression of the trilogy is that men need Christ, but they ultimately must give him up and seek what lies beyond his salving shadow.