Josh Bell hates everything: The best movies of 2009 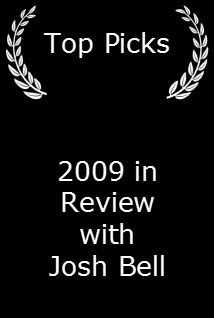 Film critic and historian Tony Macklin joins Josh to count down their picks for the top 10 movies of 2009. Hint: Alvin and the Chipmunks: The Squeakquel does not make an appearance.