The Decade: a Personal Top Ten 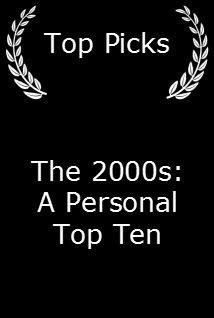 It seems almost everybody is evaluating the recently-passed last decade. So please indulge me, while I list my professional top ten.

Some interviews I've had have been terrific experiences -- Duke Wayne at his home; Alfred Hitchcock on the set of his final film, The Family Plot; Jason Robards, Jr. in a bar in New York.

The interview with Clint Eastwood joins them as a golden memory.

In 2004 I finally got to sit down with Clint Eastwood -- for an hour and 45 minutes. It was a long time coming.

For decades I had pursued Clint. One time I called one of his aides and told him I had hit it off with John Wayne, and after the interview Wayne wrote me, "Tony -- You caught me in print as noone else has."

That was a long time ago, when they were different faces of the West.

Years later one of my former students, then an executive with Lakeshore Entertainment, set up the interview with Clint, who was promoting Million Dollar Baby. It took place at Warner Bros Studio in Burbank.

Clint surprised me. He was much gentler than I had expected. He was well-read. He was authentic.

With a bonanza of socially-conscious movies in the last decade, such as Million Dollar Baby, Letters from Iwo Jima, Changeling, Gran Torino, and even Invictus, Clint Eastwood was the director of the decade.

In the 1970s, it would have been almost impossible to imagine Dirty Harry directing a humanistic, empathetic film that told a story of Iwo Jima from a Japanese point of view. But Clint did.

For years I wanted my reviews, interviews, and articles to have access for a bigger audience. My reviews had disappeared into the cinesphere. My bases were provincial -- excuse me, Fayetteville.

Rottentomatoes.com and IMDB.com gave readers access to my website. Because of that I recently received two wonderful reactions from abroad to my audio interview with the late sci fi/movie writer Leigh Brackett. Now I'm big in Fayetteville and Scotland.

Once or twice a week (192 times) I appeared on the Al Bernstein Sports Party on ESPN radio. Al -- the boxing guru on Showtime tv -- had a radio show that was intelligent and varied, and I welcomed the opportunity.

It was radio without yelling -- a prehistoric concept. Ironically we went off the air, because Al was losing his voice.

A critic or educator, unlike a coach, has no record of wins and losses. His readers may be out there somewhere.

The creators of the Fayetteville website thefiveforty.com had a feature -- "Macklin Hates Everything" -- in which they humorously commented on lines in my reviews.

I loved them. They were my ideal readers. I miss you guys.