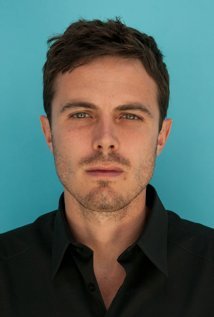 Who is Casey Affleck, and why is he the hottest “young” actor in movies at the moment?

Up until this year, Casey Affleck seemed like a negligible actor. He had appeared with his big brother Ben as one of the four buddies who rode around in Good Will Hunting. And he was a member of Danny Ocean’s entourage in the Ocean’s trilogy. Hardly the stuff of stardom– or even, notice.

But in the fall 2007 Casey Affleck is starring in two major releases — The Assassination of Jesse James by the Coward Robert Ford, and Gone Baby Gone. Casey Affleck — who stars as the cowboy assassin Robert Ford and also as Boston private eye Patrick Kenzie — is a very appropriate actor to embody the themes of moral confusion and moral conflict. Both films focus powerfully on these themes.

Casey looks much younger than his 32 years. He looks 19; in fact, in The Assassination of Jesse James, he portrays 19-year old Bob Ford. Affleck the Younger is almost spindly, with a youthful face that goes from a cautious gaze to fitful glances. Although he can be violent, he always seems vulnerable. He ranges from callow immaturty to quiet resolve.

Casey’s appearance as Robert Ford was a revelation. Six months later, he starred in the first movie directed by brother Ben, Gone Baby Gone. Unfortunately Warner Bros. thought The Assassination of Jesse James was uncommercial, and shelved it for a while. It finally was released about the same time as Casey’s later venture. They released it with very little support. Gone Baby Gone has had better fortune.

I can’t recommend The Assassination of Jesse James to almost everyone, as I did recently with Into the Wild. But I can say — want to say — that everyone who considers himself or herself a lover of film should make an effort to see this remarkable movie. For some it will be the best film of the year; for others, it will be the worst film of the year. It puts up obstacles, it’s a psychological western, painterly, poetic, and it’s not average. It’s one of a kind. It does have reflections of other westerns – Altman’s McCabe and Mrs. Miller and Buffalo Bill and the Indians, Eastwood’s Unforgiven, and Peckinpah’s Pat Garrett and Billy the Kid. And it has a strong dose of Terrence Malick’s slow, seeping, evocative style.

The Assassination of Jesse James is a series of vignettes. Some are extraordinarily beautiful — the night robbery of a train, Jesse walking on an ice-covered river, a lone rider approaching a farmhouse. What is a surprise about the glorious images of director Andrew Dominick and cinematographer Roger Deakins is how much suspense they engender. One is not sure what will happen, or more importantly, when it will happen. The tension crackles amidst the barren furnishings and serene nature. The imagery is stark, glowing, flickering, shimmering. Potent. That is, if one sees it — really sees it.

Brad Pitt, who won the Best Actor award at the Venice Film Festival, plays Jesse — moody, ornery, thoughtful, walking the sharp edges of psychosis. His young doppelganger is Bob Ford (Casey Affleck) whose boyish infatuation turns into something else. Director Dominik, born in New Zealand, adapted the screenplay from Ron Hansen’s novel. He strikes some false notes with his dialogue. It’s sometimes too modern — “Thank you for asking.” “Woman, shut your face.” But Dominik captures the human condition – seething anger, nervous guilt, eruptions of violence, and miscalculations.

Human miscalculation is one of the bonds that connects the two performances by Casey Affleck. Gone Baby Gone is a thick New England “chowdah.” Contrived but engrossing, it is a movie in which director Ben Affleck has pursued a significant vision. Adapted by himself and fellow screenwriter Aaron Stockard, it is based on the lengthy novel by Dennis Lehane — the fourth in a series about private eyes Patrick Kenzie (Casey Affleck) and Angie Gennaro (Michelle Monaghan). The pair of private detectives get involved in a perplexing case when they are hired by the aunt (Amy Madigan) of a missing four-year old girl. The case leads the pair into a morass of moral ambiguity. It becomes harrowing and haunting.

Director Affleck has utilized Dorchester, a working class neighborhood of Boston. He also has a first-rate cast including Amy Ryan, Ed Harris and Morgan Freeman and a glut of local color.

A major character in Gone Baby Gone is television. It has a detrimental effect on celebrity and culture, even in the old neighborhood. It does its damage. It’s everywhere. The last image of the movie emphasizes this theme.

I wish the pivotal bar scene made more sense, but two-thirds of the movie is worthy. I think of myself as pretty smart about movies, but Gone Baby Gone outsmarted me. A tip of my Red Sox cap to the Afflecks, et al.

I assume reviewers will turn against Casey Affleck. Right now they have granted him a free ride. I expect most to say of his next movie, “He looks too young for the part.” It’s the price of success.

Enjoy yourself, Casey. At least for a while. But don’t turn your back. Remember there will be people out there gunning for you.