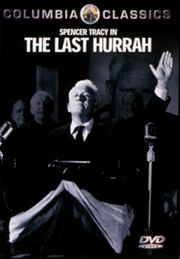 Content by Tony Macklin. Originally published on May 25, 2016 @ tonymacklin.net.

Since the Presidential election is approaching us like a jagged, melting glacier, it seems timely that one might consider the best political movies of all-time.

Many lists - including mine - have Kubrick's Dr. Strangelove (1964) on top. And it's especially relevant in 2016, because of the absurdity. Is there a more apt concept today?

Most people are adamant about how important the Hillary vs. Trump election is. But it really isn't important as it could and should be. It's simply to decide who is going to be overseen by the system. No matter which candidate wins, the system is the real winner.

Millennials - both right and left - have tried to bring the system down. Trump and Bernie Sanders have ridden their anti-system wave, but there will be no upheaval.

It's instructive that weaselly Debbie Wasserman Schultz and weaselly Reince Priebus are still in charge of their respective party systems. After the election, Wall Street will settle back. It will be business as usual. Charles Koch has said that, "it's possible" Hillary is the better candidate. Imagine that. And Trump is Trump.

A movie released in 1958 showed the end of an era and the coming of a new media and new politics. It also represented an approaching end to a kind of film. It's predictably ironic that The Last Hurrah is forgotten today. It doesn't appear on best political films lists. It's an ignored classic.

Politics have evolved, and so have movies. Money has exploded in politics, as special effects have exploded (literally) on screen. Personality has been blown away. It's been replaced by caricature and meager dimensionality. Humanity is now celebrity, which means it's crippled humanity.

The Last Hurrah stars Spencer Tracy, whom Ford had given his debut in a feature film 28 years before in Up the River (1930). Tracy embodies the character of mayor Frank Skeffington with grace and depth. Do people today even remember Spencer Tracy?

The Last Hurrah was adapted by screenwriter Frank Nugent from a novel by Edwin O'Connor. O'Connor obviously had based Skeffington on James Michael Curley, who had been the mayor of Boston, although the city is not mentioned in the novel. Curley hated the character, but when Tracy made him engaging and popular, his hatred changed to pride, and Curley - like any good politician - embraced the character.

Ford obviously romanticized the character, and it helped give the whole film an elegiac quality. Skeffington is running to be reelected mayor, but he faces a changing world, in which television commercials are coming into play. The old party-bosses are fading in their influence. It is a Craven New World.

But Ford's characters are distinct personalities as their world fades. One might wonder how much Ford relates to Skeffington as the film world is changing around the director.

Among Ford's oft-used actors who are in The Last Hurrah is John Carradine as Amos Force, old-money publisher of a newspaper and fiercely anti-Irish opponent of Skeffington. Carradine was in 11 of Ford's movies. Also in 11 Ford films was Ken Curtis, as Monsignor Killian. Donald Crisp was in his 5th as Cardinal Martin Burke. And Jane Darwell, who had won the Oscar for Best Supporting Actress as Ma Joad in Ford's The Grapes of Wrath (1940), was in her last of 5 Ford films.

Ford also employs actors that he hasn't used before, but who have special, inimitable qualities. Basil Rathbone is perfect as Norman Cass, the WASP banker. He has a one-of-a-kind scowl. Edward Brophy captures the innocent naivete of "Ditto," who follows the mayor with bumbling adoration.

Charles B. Fitzsimmons portrays the vacuous political opponent running against Skeffington. It's notable that Fitzsimmons was the younger brother of Maureen O'Hara, another Ford veteran.

The Last Hurrah has a bevy of memorable scenes. But one of the most lasting images in Ford's films is when the group of men goes up a staircase to see Skeffington near the end. The staircase has a railing like a harp, and harp music plays hauntingly.

Politics now offer us a choice between a harpy and a mad harpooner.

All harmony is gone.