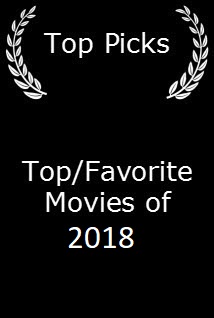 I wasn't going to do a Favorite/Best Ten of 2018, because it was such a lackluster year at the movies. But my webmaster said that I say that every year.

So lackluster or not, here goes:

Won't You Be My Neighbor?