My Life with Clint: On His 90th Birthday 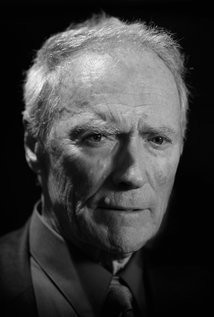 Content by Tony Macklin. Originally published on May 29, 2020 @ tonymacklin.net.

I wanted to hold off on this analysis and appreciation until it was finally appropriate. But as Clint passes his 90th birthday on May 31, 2020, I realize Clint may outlive us all.

So I'm doing this early instead of perhaps never.

For a long time, I was not quite cognizant of how important a factor Clint Eastwood was on my life. As he evolved as an artist, I evolved as a critic. I always knew how influential Alfred Hitchcock was on me, but I never quite realized that Clint had many of the qualities of Hitch. Fortunately, I spent time with both of them, which added to my perspective.

They were most alike in that they were superficially tossed into genres at the beginning. Hitch simply was thought to be a director of thrillers, and Clint was an action hero -- especially in Spaghetti Westerns. He turned down a part in Leone's classic Once Upon a Time in the West (1968), because he didn't want to get typecast. But for a long time, he was typecast.

Both Hitch and Clint were popular because they entertained. If there was depth to their work, it went basically unnoticed. Finally the French did notice that there was something to Hitch beyond his stylistic flourishes. They recognized that basic themes simmered beneath the surface.

Clint -- especially with his "Man with No Name" character in Sergio Leone westerns -- also was first and foremost a figure of style. But he too had unrecognized depths that were destined to grow.

Hitch is famous for saying, "Actors should be treated like cattle." Tom Hanks, after Clint directed him in Sully (2016), said Eastwood "treats his actors like horses." Both were intimidating.

Clint Eastwood in my life was more an eventuality than something I seized.

I have never been what you might call a "fan." But I have been a committed observer, whose connection with his work grew with time.

I initially underrated Play Misty for Me (1971) and Dirty Harry (1971), but I did get The Beguiled (also 1971), which nobody saw. [I taught The Beguiled as a visiting prof for a term at UC Santa Barbara.] The Beguiled flopped in the United States, but was celebrated by European critics. Fans didn't like that his character died, and that he was a manipulative scoundrel.

But in The Beguiled, I saw a film in which the director Don Siegel and the actor Clint Eastwood were willing to take risks. They both rated the film highly in their oeuvres.

One of the most important things Clint said to me when I met him was that he tried to surprise people. His work in The Beguiled was a formidable preview of that. His career choices are full of surprises.

I always try to have something in my review that is not in any other review of the film. I find kinship with Clint in that quest for uniqueness.

When Dirty Harry first came out I was not positive about it. I wasn't as negative as Pauline Kael -- she called it "fascist." But for one of the few times in my career, I did what Kael often did, I reviewed the audience as much as the movie. After seeing Dirty Harry, men in the bathroom slammed open the doors of the stalls. Harry had released real men.

But the major influence Dirty Harry had on me was when I brought it to the classroom. An educator learns most when he educates. Not over the Internet, but in the classroom where personalities grope in human context for knowledge. Dirty Harry and Chinatown (1974) are my two favorite films to work with in the classroom. They both have remarkable levels to vault.

In 1995 at the University of Dayton, I taught the first college course ever done on Clint Eastwood. I had taught many film courses at UD, including one on Don Siegel and Robert Altman, in which I used Siegel's Dirty Harry.

Subsequently I decided to offer a course totally on Clint. It got major pushback from alumni, who thought that a Department of English that was oriented to Shakespeare had lowered its standards inexcusably. I thought otherwise. I remember a blonde student who was skeptical about the subject of the course. I offered her an option, but she stayed, and at the end of the course was glad she had stayed. Clint has that effect on people.

I discovered how much imagination and meaningful symbolism Siegel, his writers, and Clint had created. Dirty Harry is a film of dualities -- which was a major finding for me. [Both Dirty Harry and Chinatown have intriguing dualities.] Harry Callahan and Scorpio are alter egos. There is a terrific shot when Harry is on top of a speeding school bus which Scorpio is driving. Harry leans down in front of the driver's window. Both men have pistols in their hands. It is a mirror image, and visually captures the psychological relationship. The two images unite.

There is also clever social criticism about the contemporary world that Harry hates. That appealed to many in the audience, but it is done slyly.

There also is a Christ figure, which is a staple of many of Clint's films. That does not mean his character is divine -- he is just a singular man searching for redemption. The Christs around him are distortions. Scorpio is an example. Behind the wounded Scorpio on a football field is a cross of lime. And Scorpio wears a belt with a distorted cross, peace symbol buckle. Distortion still is very relevant today, where Christ has become a money-changer.

Sergio Leone introduced Clint and the Christ figure -- with "The Man with No Name" character in his trilogy of Spaghetti Westerns. In the opening of A Fistful of Dollars (1964) Clint -- "The Man with No Name" -- rides into town on a mule and ultimately saves Julio, Mary, and the child. At one point a character looks at him and says, "Jesus." It's an allusion that seems to have been sustained.

Clint Eastwood was fortunate in getting roles. He wasn't even a consideration for "The Man with No Name" until someone showed Leone an episode of the television show Rawhide. He saw an actor he could mold.

Clint wasn't the choice to play Harry Callahan. Frank Sinatra was originally supposed to portray him, but Sinatra broke his wrist making The Manchurian Candidate (1962) eight years before Dirty Harry, and he dropped out because of the injury. The role then was turned down by John Wayne.

Director Don Siegel obviously was able to do more molding the character of Harry with Clint rather than with Frank or the Duke -- two men set rigidly in their ways.

Jack Nicholson was the actor who epitomized alienation in the films of the 1970s. In Dirty Harry, Clint gave alienation another face.

But where Clint passed on a role that would have defined alienation even more was when he didn't accept Captain Benjamin Willard in Apocalypse Now (1979). It would mean being away from home out of the United States for too long. Martin Sheen played the character. Clint would have rendered a very different performance.

Imagine if Clint didn't play Harry Callahan and did play Ben Willard. It would have changed his image.

But one thing is certain -- his penchant for surprising people was basic.

Can you imagine the actor who played Harry Callahan and "The Man with No Name" becoming a director? Maybe. But it would have been hard if not impossible to predict his choices.

He accomplished all of the surprising feats above.

Clint did have occasional lapses. He was unable to capture the eastern USA vibes in Jersey Boys (2014). The movie The 15:17 to Paris (2018) was a concept that didn't work.

One undervalued quality that Clint had was his ability to work with actresses both as actor and director. He acted with Geraldine Page, Shirley MacLaine, and Genevieve Bujold. He directed and acted with Meryl Streep, Hilary Swank, and Laura LInney. He directed Angelina Jolie.

When I spent two hours with Clint sitting beside him, I was surprised by two things -- how gentle he was (this was not on the set) and how well read he is. He was promoting Million Dollar Baby, which is based on the stories by a writer who had written under a pen name F.X. Toole.

Much of Clint's work comes from literature. He discovered a novel which had only 75 copies published -- The Rebel Outlaw Josey Wales by Forrest Carter. He acted in and directed The Outlaw Josey Wales (1976), which is one of his most popular films.

Clint is like John Huston in drawing from literature, although he doesn't use the classics as Huston did. There is a certain irony in that Clint played a character based on John Huston from a novel and screenplay by Peter Viertel. It was White Hunter, Black Heart (1990), which Clint also directed.

Music is important to Clint. His tinkling piano is a staple on many of his films. One might have thought Ennio Morricone would be a contributor to Clint's films. Morricone composed the music for the Sergio Leone trilogy of Spaghetti Westerns and did the music for Don Siegel's Two Mules for Sister Sara (1970) and Wolfgang Peterson's In the Line of Fire (1993). But Morricone declined to let Clint have his music out of respect for Leone. He says he regrets that decision.

Much of my career as been chasing Clint Eastwood. He has set a heady pace. Both my mother and my daughter were born on May 31, as was Clint.

Perhaps my kinship with Eastwood was fated.

When I saw Million Dollar Baby, I thought the penultimate shot was a terrific last hurrah for Clint. It was Clint (as Frankie Dunn) walking down a dark hallway and out the door.

But Clint Eastwood still had miles to go

For that, we are fortunate.