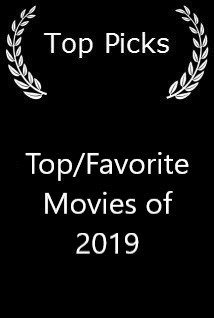 In 2019, a year awash in hypocrisy and the emasculation of truth, one depended even more on movies to provide integrity, creativity, and humanity. The best films made the humanity live and breathe.

May the best films of 2019 be a harbinger. May creativity, integrity, and humanity thrive. At least at the movies.

Portrait of a Lady on Fire

A Beautiful Day in the Neig...