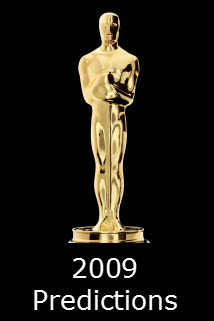 Have I got a bet for you. Bet the house. Bet the dog. Bet your husband's insurance.

There is a lock Oscar winner this year. And it will make history.

If you find someone who loves Avatar and worships its director James Cameron, reel him in. Cameron is not going to win this year.

Ms. Bigelow -- the former wife of James Cameron -- is going to get custody of a brand new golden statuette. Stick that in your avatar, Jimmy.

Most of all, Kathryn Bigelow deserves the honor. There wasn't a hint of her prowess when she helmed her last theatrical movie, K-19: The Widowmaker, with Harrison Ford, in 2002. It was mediocre.

But The Hurt Locker is a terrific movie, and Bigelow's direction is masterly.

This year's list is a formidable one, although I would have liked Star Trek to be included. Star Trek probably will win the Oscar for make up, but that's no best picture nomination. Too bad.

There are ten pictures up for best picture, but they can be whittled down to two contenders. Avatar and The Hurt Locker are in a fascinating competition.

If Hollywood, as usual, follows the money, Avatar will win.

Avatar is the greatest moneymaker of all time, although if ticket prices are adjusted, it's around 20th. Still Cameron, who directed Titanic, now has the top two grossing pictures ever.

It may be a losing proposition to try to make the argument against Avatar's winning the Best Picture Academy Award, but a couple of facts may be relevant.

Director Cameron occasionally is pompous, which galls some voters. Also the voting by actors -- a major group -- often swings a selection of Oscar winners for Best Picture and Best Director.

Actors who turned directors often win. Examples are Robert Redford for Ordinary People (1980) [Scorsese's Raging Bull was ko'd by the ordinary], Kevin Costner's Dances with Wolves (1990), Mel Gibson's Braveheart (1995), and Clint Eastwood Unforgiven (1992) and Million Dollar Baby (2004). The actors voted for one of their own.

In 2010 actors face the onslaught of CGI; how much will they resist it? No actors were nominated for Avatar. A lot of viewers have dismissed the script as shallow and simple. Will that matter?

Avatar is deserving because of its brilliant technical skill and its across-the-board popularity. That probably will be enough.

But I hope not. For me The Hurt Locker was the best film of 2009. It succeeded on all levels. I think it will be a classic.

The Hurt Locker has two problems. One is it's up against the machine -- Avatar. Second is that perhaps not enough people have even seen the movie. If The Hurt Locker wins it would be the lowest grossing movie since the black and white 1950s. It's 131 on the list of moneymakers for 2009. That's disheartening box office.

This may be the film where female voters decide the outcome. I hope they don't waste their votes by casting ballots for The Blind Side.

One surprise is how female viewers have favorably reacted to The Hurt Locker. It's about war and has intensity and violence. It shouldn't appeal to the gentler sex. But women do like bad boys, and Jeremy Renner plays an ultimate bad boy -- reckless and fascinating.

And The Hurt Locker is an engrossing, compelling experience.

I would think The Hurt Locker has little chance against the big, bad CGI of Avatar, but little, bad Renner just may pull it off. And Bigelow just may be bigger this time than her ex.

Surprisingly The Hurt Locker won this year's Producers Guild of America Award as Best Picture. That and Kathryn Bigelow's award from the Directors Guild may give one hope.

The only viable longshot is Quentin Tarantino's Inglourious Basterds. Many Jewish viewers absolutely love this revenge fantasy, and since the Jewish voters are a major bloc of voters, they can exert an influence.

But for me, it comes down to Avatar and The Hurt Locker. In a way this reminds me of 1973 when The Sting competed with The Exorcist -- a popular entertainment versus an intense experience. I was in Hollywood and I felt the momentum for The Sting, but I stayed with my pick of The Exorcist. I got stung. It is not a fond memory.

Can I back a movie The Hurt Locker that has made less than 13 million against a film (Avatar) that has made more than 600 million?

Not with my head.

Avatar should win. But my heart belongs to Kathryn.

He gave a memorable performance as another musician in The Fabulous Baker Boys (1989), and his performance as "The Dude" in The Big Lebowski (1997) has become a cult classic.

Last year another veteran Mickey Rourke in The Wrestler got floored by Sean Penn as Harvey Milk, but Bridges is much more popular in the industry than the erratic Rourke.

Jeremy Renner is the bomb in The Hurt Locker but has no chance.

Bridges will rasp a happy tune.

This is a major category in which an upset is possible.

Sandra Bullock is the favorite for her crowd-pleasing portrayal of an actual person Leigh Anne Tuohy in The Blind Side.

Bullock should win as the fairy godmother in the ghetto, who took an African American teenager -- ultimately an NFL football player -- into her home and family.

Bullock is an engaging actress, but there isn't one memorable acting moment in the entire movie. If you compare Julia Roberts' Oscar-winning performance in Erin Brockovich (2000) and Bullock, you see an actress acting, and one cruising.

But Bullock is the beneficiary of a hugely popular movie, and probably will prevail.

Her major opposition comes from Meryl Streep who gave the most infectious performance of the year as fabled Julia Childs in Julie and Julia. Most people think Streep has won recently, since she is nominated so often, but her last Academy Award was in 1982 for Sophie's Choice. 27 years later, is it her time?

I expect Bullock to win the Oscar, but Streep could upset.

This award will go to Christoph Waltz for his ingratiating portrayal of the clever, insidious Nazi officer in Inglourious Basterds. It's brimming with manic, vibrant personality.

I originally thought Stanley Tucci might contend for his excruciating performance as the evil child killer in The Lovely Bones, but the picture disappointed.

Woody Harrelson did a good job in The Messenger as the repressed military officer whose charge it is to deliver horrible news to loved ones.

But the award belongs to Waltz.

This is no contest. This is another Oscar that already has its winner's name on it -- Mo'Nique.

Mo'Nique is a sure thing as the blistering, abusive mother who almost destroys her daughter in the movie Precious.

Vera Farmiga has no chance as the traveler in Up in the Air. But her performance and the response to it was one of my biggest lessons in years of film criticism.

I don't think I've ever seen a performer in a performance that separates male and female viewers more than Vera Farmiga.

All the men I asked thought Vera Farmiga was very sexy. One said he would crawl across broken glass for her.

Of the many women I asked about Vera, all of them thought she wasn't sexy enough, and George Clooney deserved better.

Vera Farmiga doesn't take a backseat to the fervor of partisan politics. She owns the backseat in many male fantasies. Men are Latin lovers -- Vera is the truth.

But Mo'Nique wins the Oscar in a rout.

Other likely winners: The Cove as Best Documentary, The White Ribbon as Best Foreign Film, Avatar for Best Visual Effects, Star Trek for Best Makeup, Up in the Air for Adapted Screenplay, and Up for Best Animated Feature,

Avatar may roll over The Hurt Locker, but if so Kathryn Bigelow will be standing tall, waving her golden statuette at the CGI express.

Blue is the Warmest Color

DVD: Bring it on, Joan