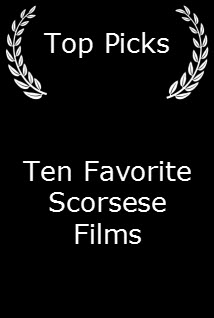 Marty Scorsese has never won an Academy Award. He seemed on the verge two years ago, but Million Dollar Clint knocked out The Aviator.

This year again he seemed as though he might be on the verge with the starspangled, gaudy The Departed, but much depends on whether or not Academy voters recognize how much his latest effort goes down in a hail of contrivance. The Departed is not in the top echelon of Scorsese's work.

As time passes and the successful parts prevail and the flaws of The Departed get depreciated, I may feel more tolerant towards it. But Scorsese walked the broad red line between art and pulp and slipped on the pulp.

Scorsese (pronounced "Scorseze" not "Scorsayze") should not give into to his jesters -- e.g. Tarantino and DePalma -- no matter how proficient and amiable they may be. Scorsese should remember that he is the king.

I've had a kinship with Marty Scorsese for a long time. The first time I knew of him was when I saw his 6-minute short The Big Shave at the New York Film Festival in 1967. I winced at the blood not realizing at the time that it was a metaphor for Vietnam.

I interviewed Marty in his apartment on or near the top of La Cienega in Los Angeles, and he subsequently sent me a personal copy of Italianamerican, which I showed in a film series I ran in Dayton, Ohio. I had to guard that print with my life.

The following is a list -- in constant flux --of ten of Scorsese's films that speak to me with consistent eloquence.

Leonardo DiCaprio was a man of an actor in The Departed, but he was still part boy as Howard Hughes. DiCaprio was serviceable, but he never quite fully became Hughes. The plane crash was an incredible, visceral sequence. Some stunning moviemaking.

Some Scorsese aficionados love this film, but for me it's a bit provincial. Still Joe Pesci and Catherine Scorsese prevail.

Adapted from Nikos Kazantzakis' novel, this was Scorsese's most controversial film. When I taught, this movie inspired the best sets of themes I ever received from college freshmen. It made them think personally -- and movingly -- about their beliefs and perceptions.

Scorsese, Paul Schrader, and Bob De Niro took us on a vivid ride through hell.

Raw, youthful, exuberant, and fateful, with terrific music and Scorsese's fundamental themes. Lean and mean, it's as evocative a movie as Scorsese ever made.

Underrated. Although shut out four years before when he deserved the Academy Award for The Verdict, Paul Newman finally got his first Oscar when he reprised the role of Eddie Felsen, aided by Scorsese's masterly direction.

Scorsese's heartfelt valentine to his family and his roots. Ironically, his mom Catherine -- who appeared in many of her son's movies -- is a pistol. His dad Charles gives her ammunition.

Scorsese showed his love of movies and startling range in this film, adapted from Edith Wharton's novel, about social class and human psychology. This film is impeccable.

Probably Scorsese's best film. Critics voted it best movie of the 1980s. Once again, Scorsese enables his actor -- this time De Niro -- to get an Oscar. Messy and brilliant, it is an unflinching look at humanity.

Based on Nicholas Pileggi's book, which was a fictionalized account of legendary gambler Frank "Lefty" Rosenthal, this movie is about survival and redemption -- two of Scorsese's fundamental themes. For some reason it was vastly undervalued by Hollywood. Only Sharon Stone received an Oscar nomination. Chris Noonan got a nomination (for directing Babe); Scorsese did not. It's a penetrating allegory for an America that keeps going all-in, but keeps coming up short.

For me the best of Scorsese's films are an artistic union of psychology and style. All his movies probe both the individual and universal psyches. In film after film he reveals the human mind and the human heart as no other director does.

His movies are a reign of quality. What a hell of a career you've had, Marty Scorsese.