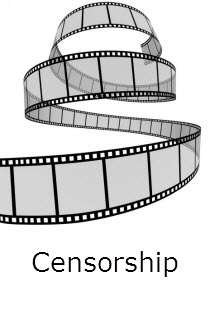 Content by Tony Macklin. Originally published on May 22, 2006 @ FYLMZ.com.

As with Dan Brown's novel, the movie has been condemned for its controversial theses -- that Jesus had a child with Mary Magdalene, and that Jesus was an exceptional man, not a divine one. Release the boycotts! Censors have called for the movie's head, since they have lost theirs.

The movie certainly is open to criticism. It is earnest, but not compelling; it lacks the excitement and clarity of Brown's novel. It also could be criticized for having the wrong director -- Ron Howard is too nice and safe. He likes to be liked. Howard lacks Alfred Hitchcock's ability to engage and thrill, and he lacks Stanley Kubrick's cerebral potency. Either of these directors -- both deceased -- would have better served the film.

The Da Vinci Code also could be criticized for its casting. Tom Hanks gives a faltering performance as symbologist Robert Langdon. One can only imagine how Hitch would have used Cary Grant or Gregory Peck as the protagonist. Howard could have called on Russell Crowe, whom he employed so well in A Brilliant Mind and Cinderella Man. Crowe has the needed edge; Hanks is all planed surfaces.

Howard did call on Paul Bethany -- who was the imaginary friend in A Beautiful Mind -- to play the killer albino monk Silas, but Bethany is more weird wraith than the book's chilling hulk.

Most of all, one can strongly criticize whoever it was that decided to add Akiva Goldsman's lame speech in which Robert Langdon talks about his praying when trapped in a well, and his sop that Jesus is whatever anyone thinks he is. It's a "we didn't mean any of it" speech, and it dumbly contradicts what has come before. A more willful director would never have allowed that speech, because it seriously dilutes the movie.

Ironically whatever efforts the moviemakers made to try and make the movie less provocative, the censors will not be denied. They're on the march.

There are a lot of memorable movies that have been the targets of censors. The Legion of Decency -- a misnomer if there ever was one -- in 1953 condemned a movie for its use of a single word. People were not supposed to go to the movie because it was an occasion of sin. The movie was Otto Preminger's comedy The Moon is Blue, with William Holden, David Niven, and Maggie McNamara. The horrible, vile word was "virgin." That Legion of Decency sure was ahead of the curve.

In 1960 Federico Fellini's La Dolce Vita was condemned from many a church's pulpit as immoral and sinful.

In 1969 John Schlesinger's Midnight Cowboy, with Jon Voight and Dustin Hoffman, was a target of censoring attacks. The industry's MPAA gave Midnight Cowboy an X-rating. It is the only X-rated film to win the Oscar for the Best Picture of the Year. The rating eventually was changed.

In 1988 Marty Scorsese's The Last Temptation of Christ, adapted from the novel by Nikos Kazantzakis, was boycotted, battered, and condemned. It espoused a very human Christ. Ironically, despite the ferocious attacks on the movie, the best sets of compositions I ever received in all my years of teaching were student essays about Scorsese's movie. They were personal, intelligent and heartfelt.

The Moon is Blue is a light comedy. La Dolce Vita is a very moral film; it deals with the immoral sweet life, and it shows the devastating effects of that way of life, but the preachers, as always, only saw literal behavior. Midnight Cowboy is a humanizing experience. The Last Temptation of Christ and The Da Vinci Code -- as inchoate as it is -- make you think.

As Tom Hanks said about his religion, "Our sins have been taken away, not our brains." Ian McKellan, who plays the Grail historian Leigh Teabing with relish, itching to goad the censors, threw fire on the holy oil, and said wryly, "I always thought the bible should have a disclaimer -- 'This is fiction.'" Them's fightin' words!

Jesus is a wayward lightning rod. Mention his name, and scientists cower. And teachers. And politicians, although he complicates matters for politicians. How do they wave the flag, eat the pork, and bless themselves at the same time?

The Ku Klux Klan does their best work in the name of Jesus.

Once a lamb, he's now an elephant.

Mel Gibson's The Passion of the Christ speaks to one audience; The Da Vinci Code to another.

I never quite understood Mel Gibson's declaration that his dear wife who bore him seven children -- but does not share his rigid religion -- will go to hell. But that's religion. Hello, certainty; Goodbye, sweet wife.

So arm the censors with hammers and nails and set them on their slick path of righteousness.

Despite the everlasting outrage of the censors, somehow movies seem to prevail. They truly are a spiritual art.