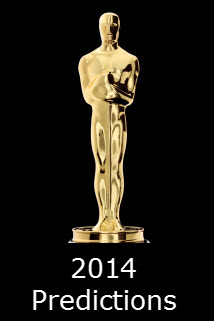 Someday - perhaps in the fairly near future - gambling on the Oscars will be available in Las Vegas.

At this point betting on the Academy Awards is available offshore, but not in the USA.

Johnny Avello, director of the sports book at Wynn, puts out odds every year for fun. He's often way off the mark, but it's entertainment.

Each year one category seems a lock to me. Last year, after I saw Jared Leto in Dallas Buyers Club, I knew he was a sure thing for Best Supporting Actor. And, of course, he was.

This year I saw another performance that I know will win. It's in the same category of Best Supporting Actor. J.K. Simmons (Whiplash) is as sure a thing as there's been in the Oscar competition.

It reminds me of when bettors tell the sportsbooks they saw a football line in the newspaper, the powers-that-be say, "then go bet it at the paper."

Many of the lines that are available offshore are unbettable. [That will happen when they're available in the USA.] The prohibitive odds on Julianne Moore, Patricia Arquette, and Simmons make three of the six major categories totally unplayable.

But what is surprising is how the opening odds sometimes change.

Offshore and Avello had Birdman at 18-1. The momentum and the odds seemed to make Boyhood a lock. I'm not a fan of Boyhood, so I took a plunge at Birdman, which would pay $1,800 for $100 if it wins.

Boyhood won the Golden Globes - but the foreign press will vote if you give them a sandwich. Boyhood also won the Best Film award from the British Academy.

But then momentum changed. Birdman won the Producers Award and its director Alejandro G. Inarritu won the Director's Guild award.

Boyhood still has its champions, e.g., Claudia Puig picked it in USA TODAY four days before the ceremonies.

But Birdman is now the favorite to win Best Picture.

Two years ago I entered a contest at the Palms in Las Vegas to pick Oscar winners. I picked the upset winner Christoph Waltz for Django Unchained, but I missed two categories. I assumed the winner did better. A few days later, I was at the Palms and checked how many wrong the winner or winners had. Two, so I would have shared the winnings. But of course the Palms had a rule that you had to pick them up right away. The Palms did not repeat the contest.

So in betting as in life, timing is everything.

Here are my picks for this year's Oscars:

Betting on the Oscars is for the birds, not the boys.