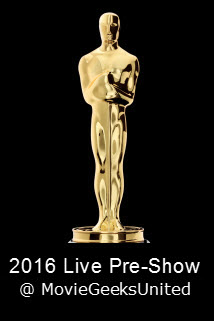 The Movie Geeks are joined by film critic Tony Macklin as they share last minute predictions, thoughts and assessments leading up to Hollywood's biggest event - the Academy Awards.

Special Guest: Brian Donnelly, an expert on all things Hollywood, gives us an inside peek at the goings-on in the area during Oscar weekend.

The Trial of the Chicago 7