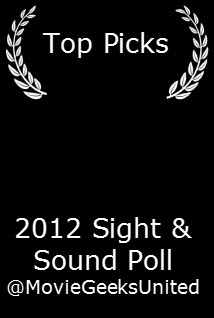 In this episode of Critical Perspectives with Tony Macklin, we discuss the 2012 Sight & Sound poll of the greatest films of all time.